For those who don’t know about CloudShare.com – it’s a subscription-paid virtual server hosting environment along the lines of Amazon EC2 or Azure, which has a key twist: it provides pre-configured virtual machines that specifically focus on SharePoint and related technologies. We use it for development at itgroove when we need to do high-level development, as a complement to local Hyper-V development images.

I finally took their CloudShare Explorer extension for Visual Studio 2012 for a spin – it’s pretty sweet: 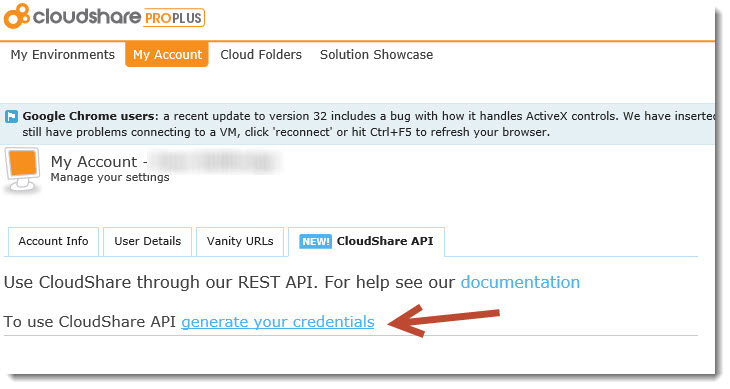 Step 3: Add your API Credentials into the CloudShare Explorer interface in Visual Studio: 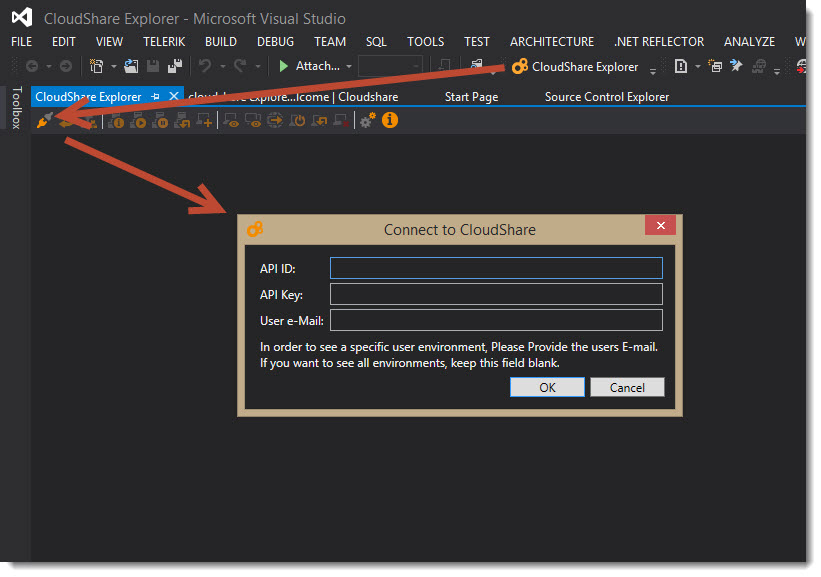 Step 4: That’s it! You can now work with your CloudShare environments directly in Visual Studio!

A recurring question that has come up is regarding which version & flavour of Visual Studio can and should be used for SharePoint- we are at a point where SP 2013 is coming on strong but many, many clients are going to be locked into SP 2010 for a while yet. Obviously an investment in software like Visual Studio should be made with the best balance of future-proofing and low cost possible. This post seeks to offer some advice on that.

Version compare here: http://www.microsoft.com/visualstudio/eng#products/compare. I would see Visual Studio Professional 2012 being a good fit for most common scenarios, but whether you use Pro or move up to Premium would depend on if you need the following Premium features:

In general, the big upsell when going up the feature matrix ladder is when you are working on hardcore software development in big teams, using Agile development processes, complex unit testing etc.

The hard requirement of having Visual Studio installed on a non-production SharePoint server install is pretty much standard, until you go to a SharePoint 2013 development model which is based on more open standards and Apps. Depending on your licensing provisions available (e.g. you’re in Government or Education), you may have SharePoint CAL’s covered to create such an environment – or, and for a variety of other reasons, you might want to consider an MSDN subscription. An MSDN subscription also would enable the aforementioned Team Foundation Service hosted source code option.

A fleshed-out dev environment is a must, custom code should never see the light of day on a production server until tested, there is always potential for irreparable damage to production systems when it comes to custom dev. Here are four great options for setting up a SharePoint development environment in the cloud.

SharePoint dev is sometimes maddeningly complex as the already complex front-end side of SP is just the tip of iceberg. The plumbing underneath is massive. Although there is quite a bit of flexibility with how you approach it, you definitely need to get your shop tooled up in a specific pattern, and Visual Studio is just one component. Evaluating whether or not it even makes practical sense to do such work in-house or to contract out is a big jigsaw puzzle too.  Fortunately there is a good degree

Exploration extends the new SharePoint Explorer with advanced information about SharePoint sites such as the installed Web Parts and Master Pages or the Feature dependencies and elements. Also included in the Explorer are a variety of import functions to bring existing SharePoint items into your active solution.

Our enhanced Deployment functions give you the ability to utilise quick deployment and almost a dozen other productivity enhancing deployment steps, including automated deployment (per file on change deployment).

Find the complete overview of all the CKS Development Tools Edition features on the documentation tab of the project site.

Developers love code samples. Samples often serve as the starting point for many developers to learn a new technology. They also provide straightforward solutions and helpful references when we as developers need to solve tough programming tasks. Some developers even live by code samples.

Beyond that, Sample Browser Visual Studio Extension provides additional benefits to developers. Developers can enjoy theflexibility in downloading and managing code samples. By multi-selecting sample search results, and clicking a simple download button, you get your wanted code samples.

Sample Browser Visual Studio Extension is integrated with the Visual Studio theme colors. It supports both light and dark themes. 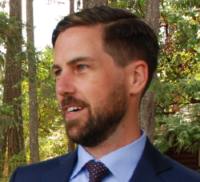